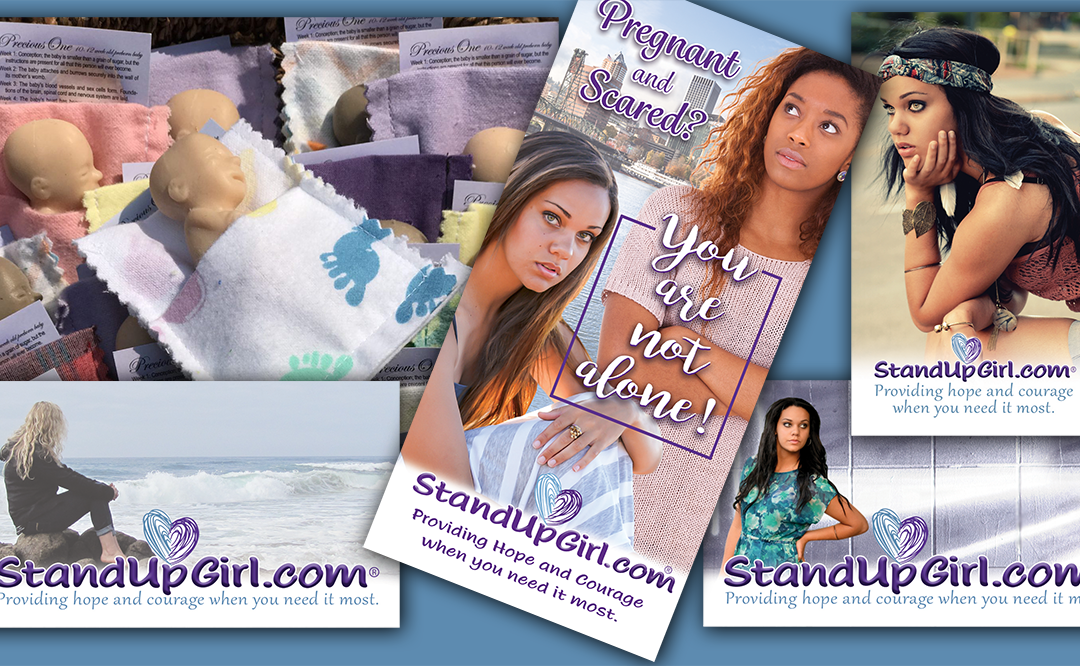 It was very early in the morning, around 7am. I had just put down a sign that said ” Have questions? Just ask for help,” and had on hand the soft little preborn baby and an info card along with an information packet when a Lyft car pulled up in front of the clinic door where I was waiting. Two young African American women got out. The poor Lyft driver just gave them and me a sad look.

Immediately, the mom in me took over. Warmly, I asked them to take the information I had, and handed the pamphlets and the soft baby. These two young girls looked sort of stunned but stood still and listened. Quickly, I asked them who was pregnant. One of them said that she was. I then asked how far along she was and if she was planning to abort her baby. She said that she was just there to get information on her options. From experience I know that coming to Lovejoy, very early, usually means that you’re scheduling or going through the process.

Then I told them both that there were more than just the three of us there. “There are also 3, no, 4 guardian angels also with us.” I then pointed to myself and touched the arms of each girl. “But there’s another guardian angel here. Your baby also has a guardian angel and he’s begging you to not abort this baby.”

They paused before going into the clinic, but I was able to say. “That pamphlet that I gave you has information about StandUpGirl.com. While you’re filling out the paperwork, (then looking at her friend) I want you to get on your phone and get to StandUpGirl.com. Look up the stories and get anonymous advice.”

While they were in there I could peak in through the door for a moment. I saw the pregnant girl filling out her paperwork and her friend on her phone. Well, about 20 mins later they both came out! The young pregnant girl didn’t say anything but was softly crying. Her friend smiled broadly and said, “She’s not going through with it. She was just scared. I’m actually her sister.” I started jumping up and down I was so happy!

This story doesn’t end here. The team at 40 days for life has helped this young mom find a place to live and get the resources and support she needs to have a successful pregnancy.